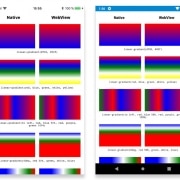 The Tabris.js project is happy to announce its latest release: Tabris.js 2.5. Several brand new features like a popover window or the support for linear gradients allow to create even better apps. Building on the strong foundation of Tabris.js 2.4 we are also expanding existing APIs with additions to the widget selector syntax, support for image printing, tap events on the status bar and more. On top of all of that we also released a Tabris.js extension that offers, among other things, data binding using JSX/TypeScript.

A new Popover popup has been introduced. It allows to cover the app UI in a modal fashion with a custom UI. On large screen devices the Popover will be shown in a window style appearance while on small devices it covers the entire screen. 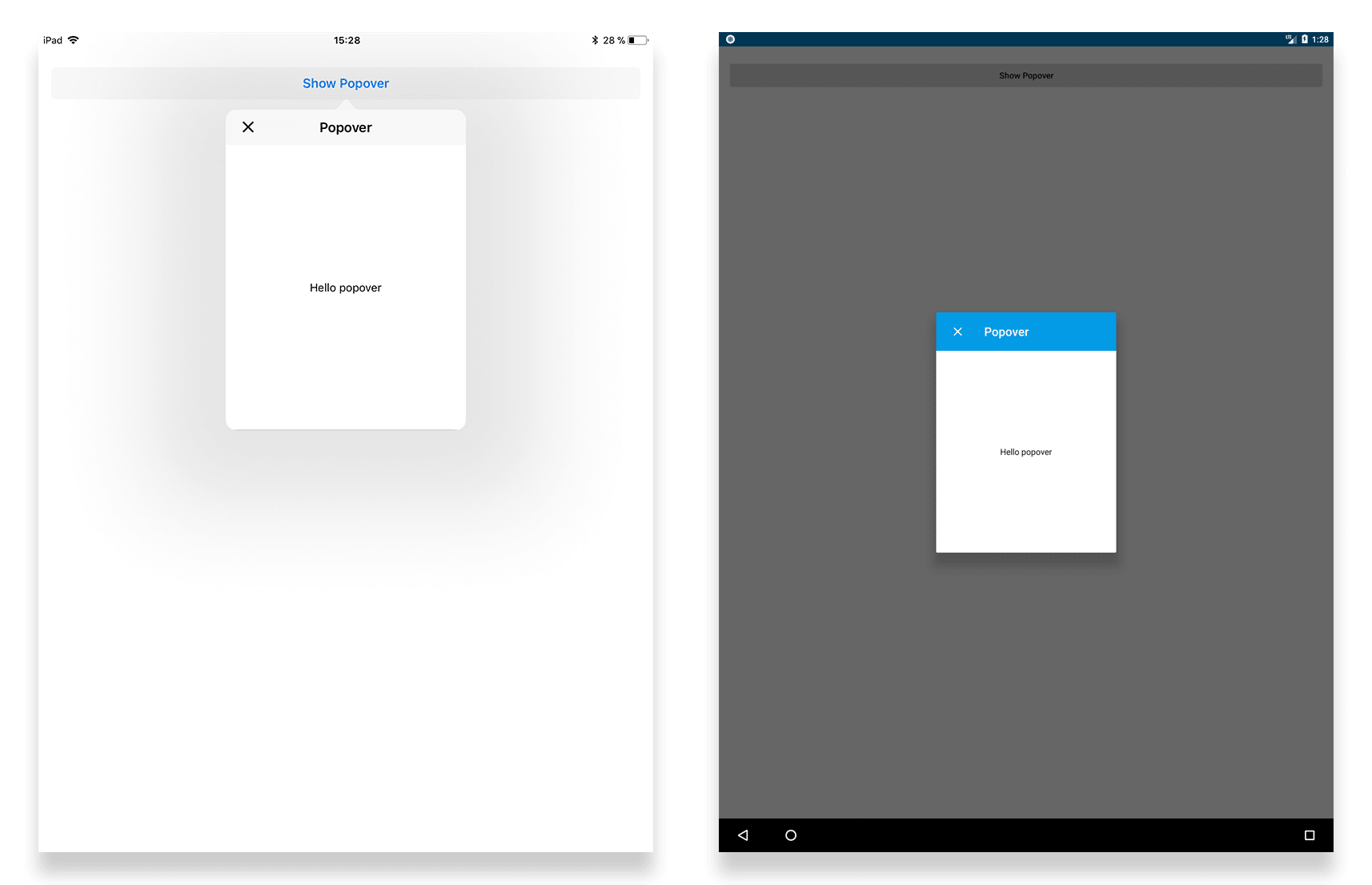 To create a popover we instantiate the Popover and append content to its contentView Composite followed by a call to open().

The background property on a Widget now supports linear gradients. The gradient syntax follows the same notation as the linear-gradient specification.

The following screenshot shows a selection of gradients rendered natively and in a WebView. 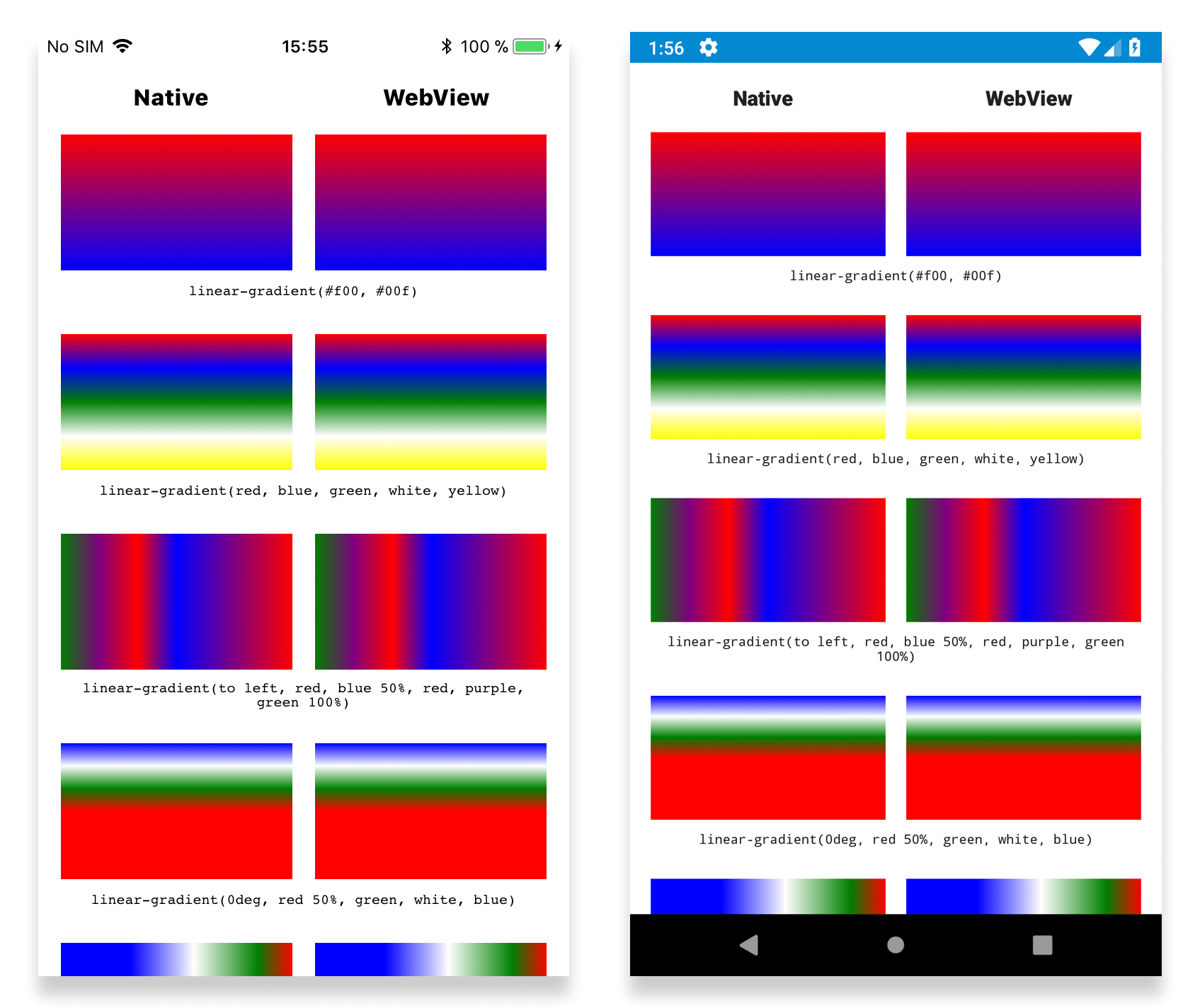 All methods that accept selector a string can now also handle child selectors in the CSS-like syntax of selectorA > selectorB. For example:

This will apply the given properties to all widgets who’s parent has columnLayout in its class attribute.

The widget find and apply methods now also support the selector :host, inspired by the Web Component API. It always refers to the widget instance of the method that is called. Used with the apply method it allows a widget to refer to itself or descendants of a specific relationship to itself. Example:

Previously this would have required either assigning specific id/class attributes to the targets or separate children/set calls.

The StatusBar supports a new tap event on iOS. It can be used to e.g. trigger a “scroll-to-top” when the main content of the app consists of a scrolling container.

The new name property on Device returns the user provided name of a device, e.g. “Joe’s iPhone”. The property is supported on iOS only.

The printing capabilities have been extended to print images. An images will be printed fullscreen in the center of the page. To support this new output type a property contentType has been added to the print options. It has to be either image/type or application/pdf.

The installed version of tabris-decorators needs to be in sync with that of the tabris module, therefore its first release is also 2.5. Some features are still pretty basic and will be extended over the coming months. A longer tutorial will be released as a series of blog in a few weeks. Bug reports and feature requests go here.

A Mobile App for FOSS4G Conference + a FREE Pass