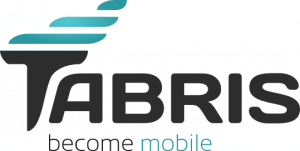 The word is out that we’ve released Tabris 1.4.6. (Tabris remote, our toolkit for cross-platform development of mobile apps in Java). In this post, we want to show you the highlights.

The big feature is of course iOS 9 support. It’s our task to ensure that the transition is as smooth as possible for our users. The new release is fully compatible with iOS 9.

In this release we’ve also included several bugfixes for iOS:

On Android, Tabris 1.4.6 brings improvements to the modal shells, such as the ability to apply your own background color. We use the tinting capabilities of Android 5 to apply the tint color, so please note that the background color will not change on pre-Android 5.

We’ve also improved touch event handling for modal shells, e.g. touching outside of a shell will close it.

Other Android changes we included in this release:

Or check out our other framework, Tabris.js for development of mobile apps with native UIs in JavaScript: tabris.com. It’s iOS 9 ready too!