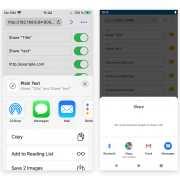 We are happy to announce the release of Tabris.js 3.5. This release continues our theme to make common tasks simpler by providing the tools and APIs you need. From new APIs to share app data, manage resources, and display markup, this release offers a brought set of features to make life as a Tabris.js developer easier.

A well-behaving app integrates well into its mobile platform. In order to do so, it should be able to communicate with other apps and exchange data. This is why we have created a new API to share pieces of data with other apps via the native sharing features modeled after the W3C sharing API. The new tabris.app.share(data) method takes a combination of text or binary data and offers it to other apps for consumption. 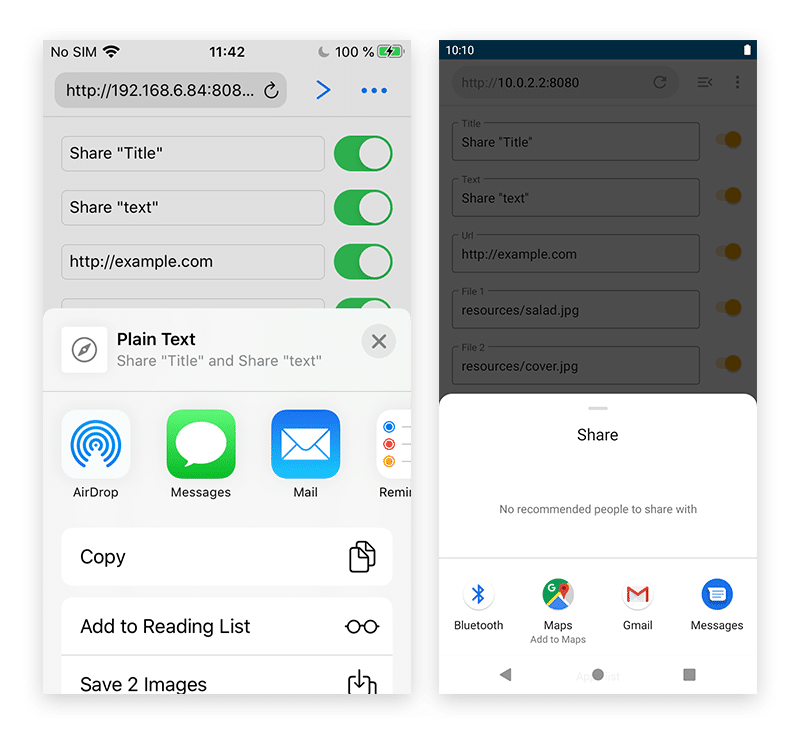 The following snippet demonstrates this behavior. Consult the Tabris.js docs for a full feature description and check the share.jsx snippet to see the example.

Support for “font” and “textColor” attributes in TextViews with markupEnabled

The TextView has received a set of new styling attributes which are available when markupEnabled is set to true. It now allows to apply the font and textColor attributes inside a block of text. Thereby it is possible to colorize or change the font of only a section of a text:

Since these declarations are plain text, they accept CSS-like font and color strings. When the text is given as the content of a TextView JSX element, both attributes support the usual “ColorValue” and “FontValue” syntax, such as instances of the Font and Color classes. The following screenshot shows the textview-markupenabled.jsx snippet making use of the new styling features. 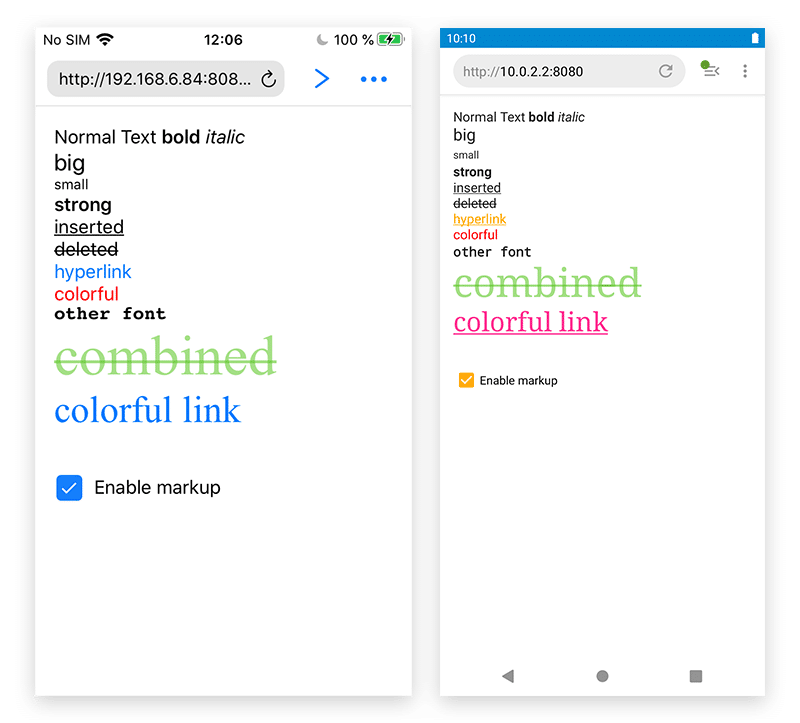 Support for badges on top TabFolder tab bar on Android

Dealing with app resources like images, colors, and texts is a common task in Android apps. To help select the right resource under various conditions, we have introduced a new mechanism that supports a JSON-based selector syntax to create resource “dictionaries” based on the platform, device language, or screen scale factor. Currently, there is explicit support for fonts, colors, and strings with more to come.

A simple JSON data file that provides internationalized texts for your application may look like this:

To consume this resource configuration for texts you would use TextRessource class:

This is just a short example; we recommend checking the documentation to get a full understanding of how the resource system works.

The '--log-requests' CLI switch will now log a summary of all fetch() and XMLHttpRequest to the CLI terminal. The previous behavior of '--log-requests' was to log requests received by the CLI’s own Http server. This feature is still available by setting an environment variable 'TABRIS_CLI_SERVER_LOG=true'. It is useful for debugging connection issues during app sideloading.

There is also a new shortcut “CTRL+P” which lets you print out an XML summary of the UI state (previously done via “CTRL+U”) or of the localStorage content.

The @prop decorator is a smarter version of the existing @property decorator. Benefits of using @prop over @property include:

Unlike @property, @prop always requires type information to work properly. They are implicitly provided in TypeScript and explicitly in JavaScript by passing a constructor like this:

Updates to JavaScript and TypeScript

All JavaScript runtimes in Tabris.js 3.5 support the “async/await” syntax natively without any compiler/transpiler/polyfill. This was already the case in 3.4 but overlooked in the release notes.

Configure your Tabris.js project for use in Gitpod