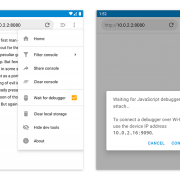 We are happy to announce the release of Tabris.js 3.4. This release focuses on a better developer experience with new developer tools, debugging support, CLI improvements and some new FileSystem APIs for good measure. Full details can be found in the GitHub Tabris.js 3.4.0 release.

The existing developer console has been replaced with a new development tools. The main element is a persistent toolbar akin to a browser URL bar, sitting atop the screen, and above the application UI. It provides quick access to essential development utilities. Most importantly, it informs you where the application code is loaded from, allows you to insert a different URL (also scannable via QR-code on Android), provides loading feedback, lets you reload the app and open the console logs. 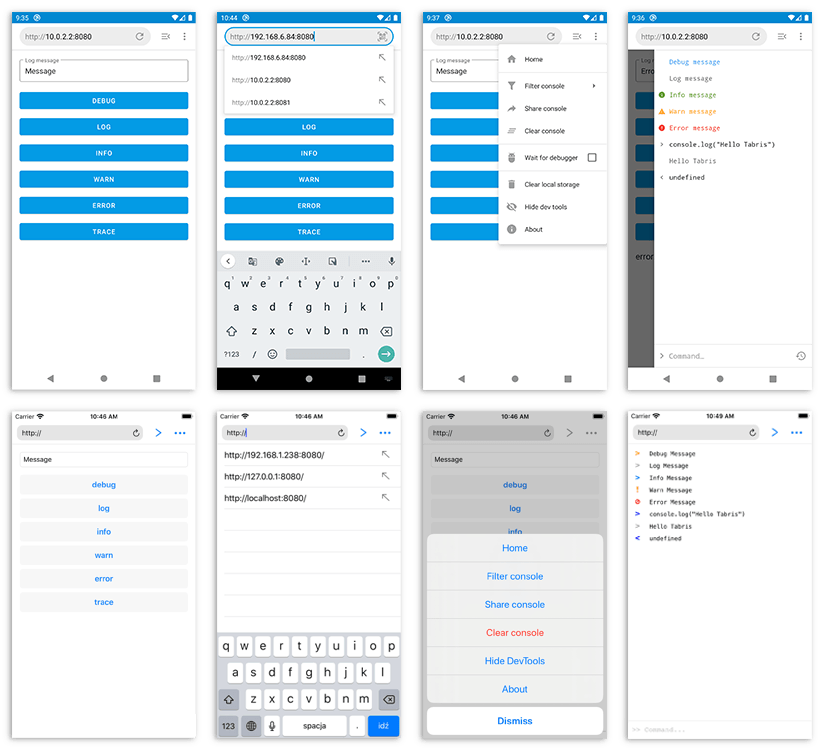 Tabris.js now supports the V8 inspector protocol on the Android platform. This enables debugging Tabris.js Android applications from your favorite IDE. The integration supports step-by-step debugging with source maps when sideloading your code, variable inspection, variable editing, and console integration. To see how to integrate it into the IDE of your choice check the debugging docs. 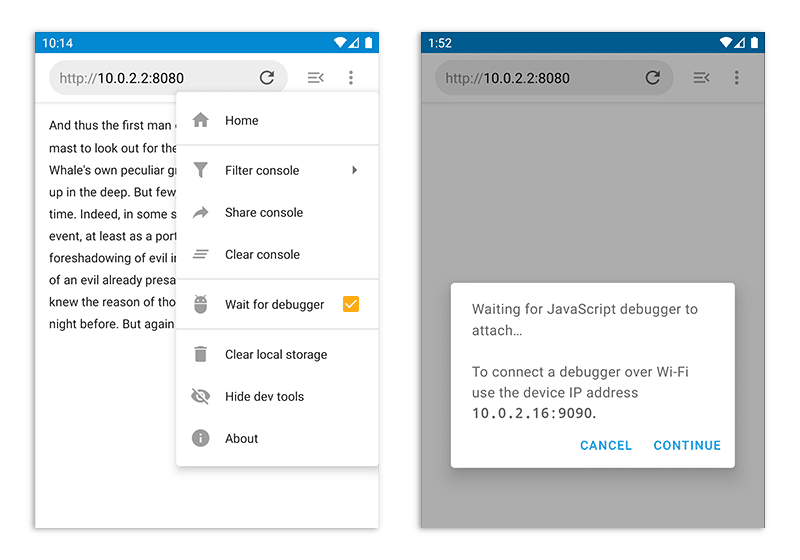 When generating a new Tabris.js project via tabris init it can now be pre-configured for debugging via Visual Studio Code. The tslint configuration has been replaced with similar eslint configurations, complete with TypeScript and JSX support. The initial setup questions have been reduced, with the option to generate Tabris.js 2.x apps no longer being available.

To improve the developer experience, the tabris serve command has received various improvements:

On Android, additional paths to external storage locations are made available via externalFileDirs and externalCacheDirs properties.

It is now possible to embed a Tabris.js application into another native Android application. Please contact us if you are interested in this approach. Due to these changes, the Android client now starts up faster and is more capable to communicate with other apps on the device. It also requires minor breaking changes for plugin developers. Most importantly, the TabrisActivity has been removed and replaced with a TabrisFragment. All first-party plugins maintained by EclipseSource have been updated accordingly.

The data binding capabilities of Tabris.js rely on the TypeScript compiler (tsc) to transform non-standard syntax and include type information in the compiled code. So far this meant that only .ts and .tsx files could use data binding. This has been changed so that .js and .jsx files are also supported, as long as they are still processed by tsc. Due to the missing type information, an “unsafe binding” warning will be logged in certain cases, which can be fixed by adding a TypeScript type in your code.

In future releases, it may be possible to suppress these warnings entirely, as well as to use the API entirely without the TypeScript compiler, i.e., in “vanilla” JS.

Develop Tabris.js Applications in the Cloud with Gitpod