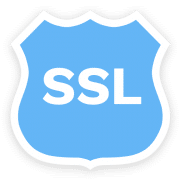 We are happy to announce the latest stable update 2.7 of Tabris.js. Along with a set of bugfixes we ship one important security feature: The ability to validate custom SSL certificates.

The new App property trustedCertificates allows to add a set of certificates to validated SSL connections against. The certificates are applied in addition to the system-wide default certificates. This can be useful if you want to enforce the usage of SSL but still have to connect against an untrusted (self-signed) servers.

Starting March 2019, all iOS apps submitted to the App Store must be built with the iOS 12.1 SDK or later, included in Xcode 10.1 or later.

You do not have to make any changes if you are using the tabris build service to build your apps.

This Xcode version uses a new build system which is not supported by Tabris.js. If you are using an older version of Tabris.js than 2.7 you need to opt-out of the new build system. You can do this in the build.json config file by adding the following under the iOS release and debug config:

You can check how the whole file should look like in our eclipsesource/tabris-js-hello-world app repository.

Tabris.js 2.7 add this flag for you automatically. If you update your app to use the latest Tabris.js version no changes will be required in the project. 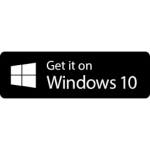