The goal of Tabris.js is to enable you to write an app once and run it on any mobile platform you need, always using 100% native UI components. By now Windows 10 Mobile has a respectable market share in Europe, and its x86 counterpart is running on millions of tablets and laptop/tablet hybrids everywhere. Therefore Tabris.js will deliver for those devices as well.

Today we can announce that Tabris.js 2.0 will support Android, iOS, Windows 10 (Tablet/PC) and Windows 10 Mobile (Phones). As with Android and iOS, we aim to deliver Windows Store Apps with a native look-and-feel, giving the user an application that feels like it belongs on their device, not in a web browser. You can see what I mean by comparing Microsofts Weather App (left) with our Tabris.js-based Conference App running on Windows (right): 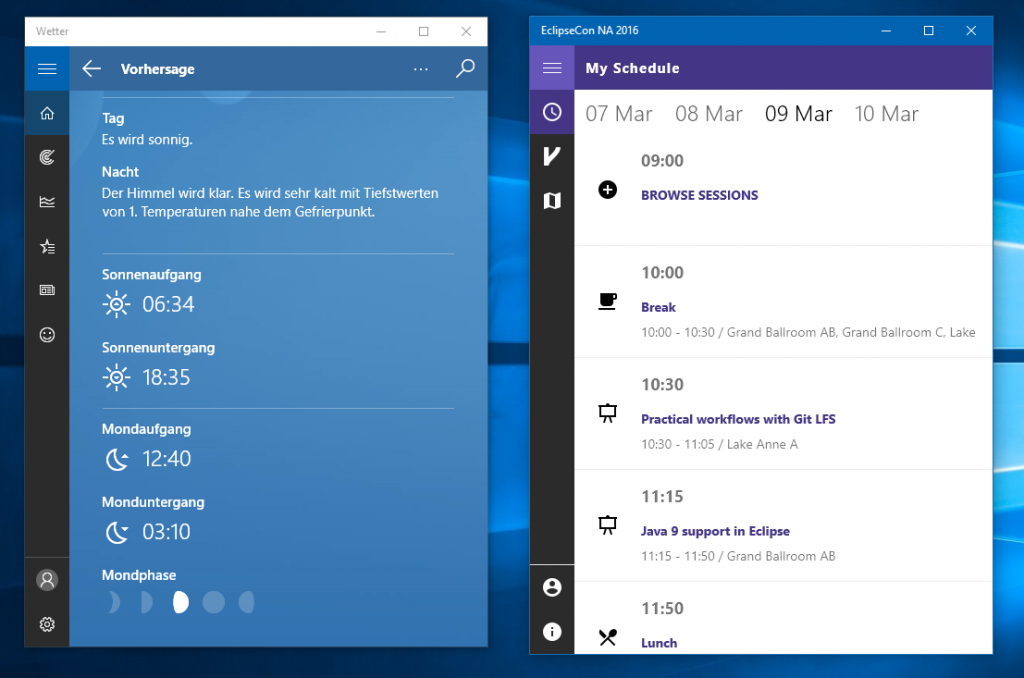 We will also take advantage of the fact that Windows Store apps can run on any Windows 10 Desktop PC. The Tabris.js developer console can be more flexible and powerful on the desktop than it could be on a phone. Here’s the console pinned to the right, and the actual application on the left: 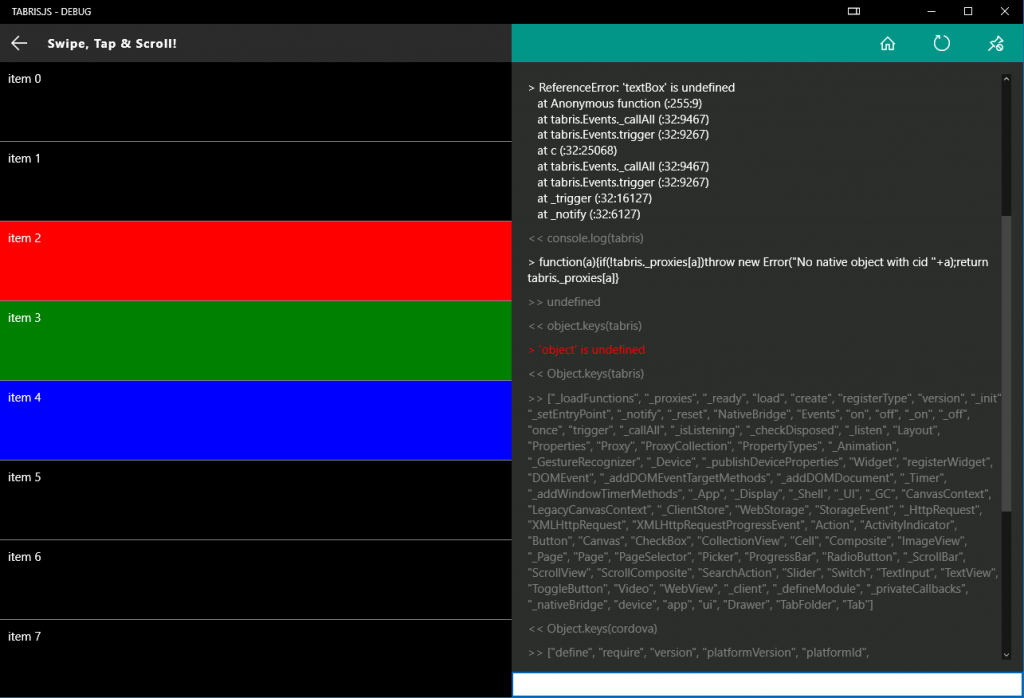 And of course, since these are “Universal Windows” Apps, they will be able to adapt to the device they are running on in subtle ways, like hiding the “back” button in the UI if there is a global one, or changing the positioning of actions depending on whether a mouse is used or not.

The development of the Windows 10 Tabris.js client is currently in alpha stage, but the adventurous among you can already get the Tabris.js “Technical Preview” Developer App from the Windows Store:

Also check out the Release Notes!