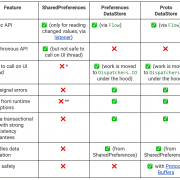 With the recent promotion of the new AndroidX DataStore library to “beta” status, it is time to see what it is all about. Introduced as a better replacement of the the trusty old SharedPreferences, it quickly becomes apparent that the DataStore API is capable of more than just storing key/value data.

One of the main culprits of the SharedPreferences API is its mode of persistence. It can either be synchronous or an async operation but without any callback upon completion nor any messages in the case of an error. The SharedPreferences also lack the ability to create type-safe APIs to access the stored data. The table below provides an overview of the feature set of both solutions. 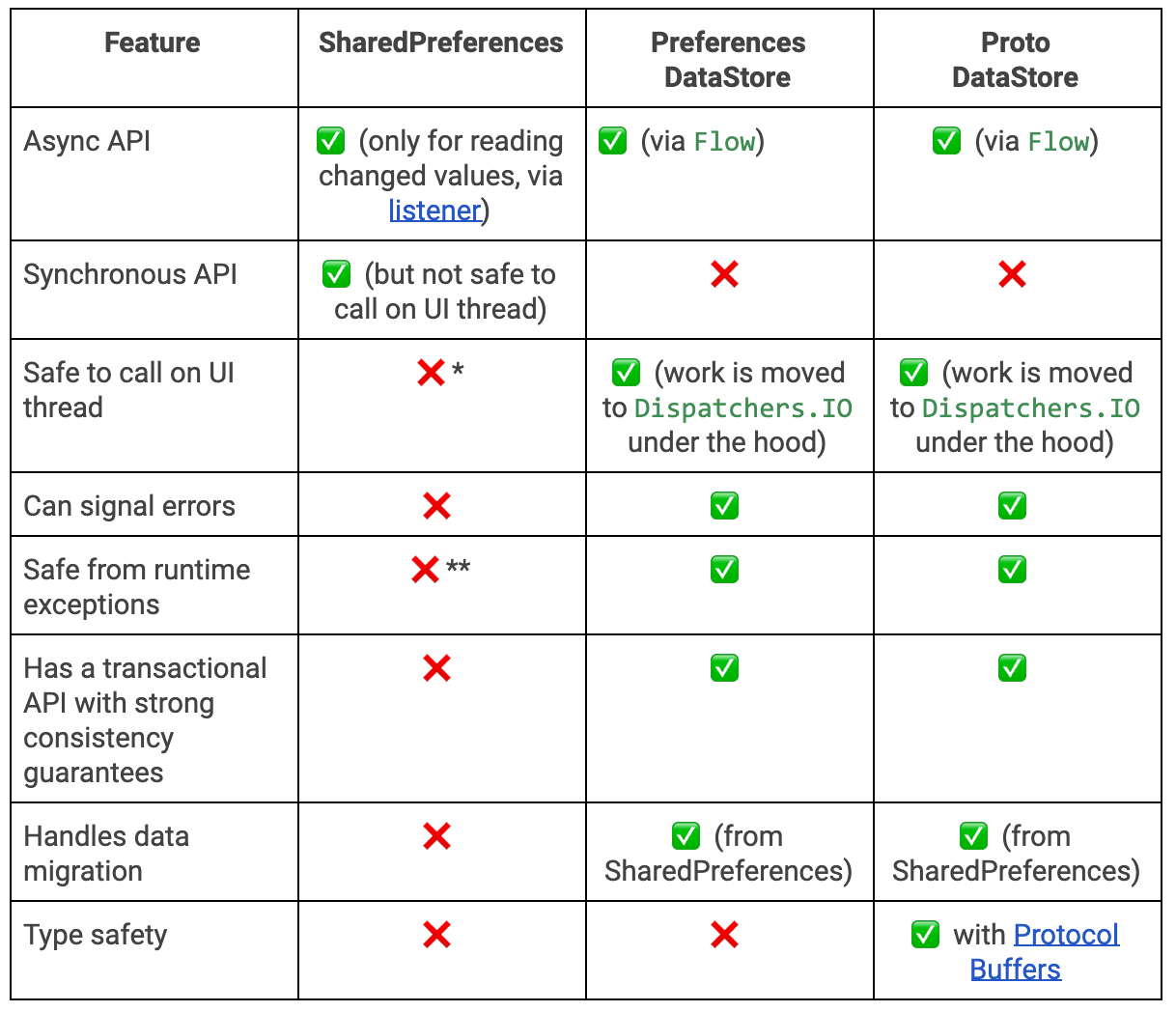 The chart shows two flavors of the DataStore API. One for Preferences and one for protocol buffers. In fact, this is not entirely accurate. The DataStore API comes with a default implementation of its storage mechanism, which uses the established SharedPreferences under the hood. While the protocol buffer-based approach is certainly viable, it has to be integrated manually. In addition, you can plug in any storage solution you like.

In the following sections we will see how we can use the data store class androidx.datastore.core.Serializer to add storage support via protocol buffers or via the Kotlin serialization library. Both solutions support type safe retrieval of data.

To get familiar with the Serializerwe have to be aware of its core use. The Serializer provides two methods: One to read from an InputStream and to convert the stored data to a specific type (in our case, this is the Settings class) and another method to convert the data type to bytes and to write it to an OutputStream.

To make use of our SettingsSerializer, we initialize the DataStore as seen below.

The Kotlin serialization library integration follows a very similar pattern. The library generates a Settings class with a Serializer that we can use with the provided Json class to convert the data.

To make use of the SettingsSerializer we initialize the DataStore as seen below.

To read and write data follows the same scheme regardless of the implementation. To read you access the data object.

To write you use the updateData method (here using the Kotlin serialization).

The AndroidX DataStore mechanism is a great replacement for the aging SharedPreferences. Not only does it solve several of its shortcomings but it also allows for a more flexible storage mechanism. What do you think of the DataStore library? Have you used it yet? Let us know.

Talk to your Tabris App